Dr. Bailey is the Professor and Chair of Child and Adolescent Psychiatry at UBC in July 2010. He came from the University of Oxford where he was the Cheryl and Reece Scott Chair of Psychiatry, the first medical chair devoted to the study of autism. Dr. Anthony Bailey’s clinical work focuses on teenagers and able adults with Autism Spectrum Disorders. Dr. Bailey’s research has investigated the neurobiological basis of autistic disorders, using genetic, neuropathological and neuroimaging approaches. Until his move to Canada, Dr. Bailey coordinated the International Molecular Genetic Study of Autism Consortium: a large international team of clinicians and scientists brought together to identify susceptibility genes for autism.

Dr. Bailey conducted a two day workshop in Hyderabad during his visit in January 2017. He did a one-day training program for the therapists at the centre. On the second day DFGC along with Twin Cities Branch of Indian Academy of Pediatrics invited Dr. Bailey to give a talk on Autism and its possible detection of early signs. First signs of autism usually appear before the child reaches the age of two years. Early Intervention is the key to improving the child’s quality of life. 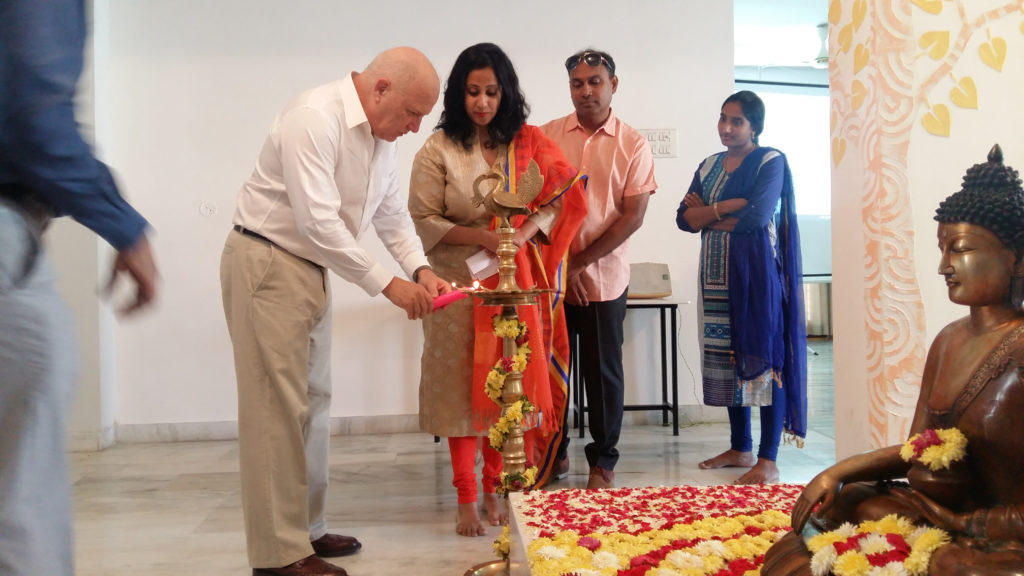 A delegation of 12 Indian clinicians and researchers met with 5 Canadian experts in Autism Spectrum Disorder (ASD) for a day-long conference on the topics of ASD, the current status and needs of ASD clinical services and research in India. The main objective of this conference was to share expertise with Indian clinicians, researchers and stakeholders, and together explore issues like identification of priorities, challenges with knowledge mobilization, and real-life realities of translation to the Indian context. The conference was broken into eight 45-minute sessions focussing on specific topics.

The Delegates who participated: 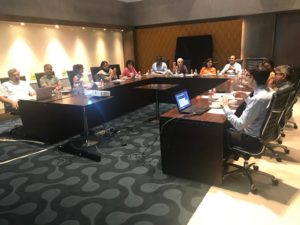 Next Steps and Strategic Plan

As part of our vision DFGC kickstarted its awareness program by participating in the Airtel Marathon Run. This is the first Awareness event organised by DFGC. 450 participants from Divi’s Laboratories and Fernandez Hospitals ran the 5km, 10km, half marathon and full marathon in order to raise awareness for Autism. Many of the participants were questioned during the run “What is Autism?” This laid a platform for the planning of the upcoming events in 2020.